WAEC Student with 9As meets governor

A student of Premier Academy, Abuja has emerged the best student in the last Senior School West African Examination. The student, Miss Sylvia Ulan Andrew is an indigene of Bokko LGA in Plateau State. Daughter of a single mother, Ulan scored A1 in all her subjects to clinch the title. She previously won Shell Petroleum Scholarship after she came out as the overall best in a national common entrance examination.

In an act of celebration, the Special Assistants to Plateau State Governor, Mr. Sam Damla; led the family to meet with the Governor on Monday, November 17. At the Plateau State Government House at Little Rayfield, Governor Lalong congratulated her for the feat. The governor noted that he was not surprised at her excellent performance because of the abundant talents available in the State.

The Governor also praised her mother for raising her single-handedly since the death of her husband even before Ulan was born. Governor Lalong said the State will grant her scholarship to any University of her choice.

Miss Ulan who hope to become a Chemical Engineer, thanked the Governor for the reception. She promised not to disappoint him and the people of Plateau State. 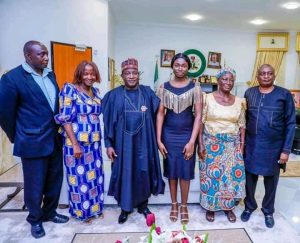 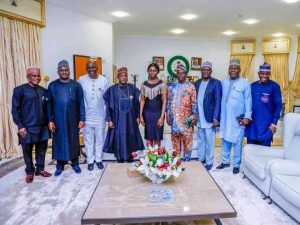 View all posts by David Barrett