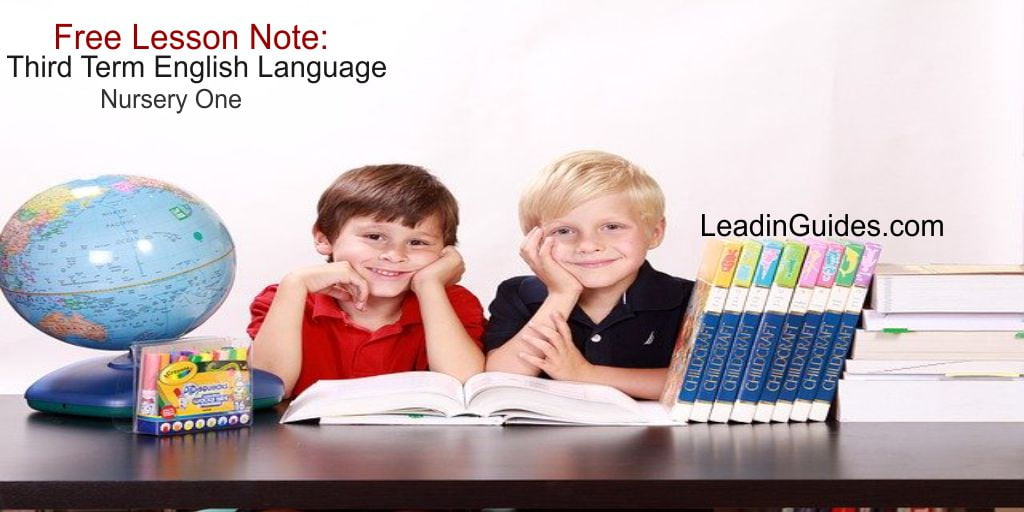 I wrote this Lesson-Note-Nursery-One-Third-Term-English-Language-Week-1 based on the Nigerian National Early Childhood Education Curriculum. Particularly, I used the Pre-primary Teaching Schemes that the Education Resource Centre, Abuja developed.
However, this scheme is the same as those of the other 36 states’ education resource
development center. Nonetheless, I only crosschecked this topic in that of Lagos, Kano and FCT only. Regardless, this lesson note is suitable for use in any Nigerian school that adopts the National Curriculum.

As with the rest of our notes, the primary focus of this lesson note is to present an
enriched content for the topic. This lesson notes, also like the rest, provides guide for teachers on how to deliver the content to attain the topic objectives. In this regard, I adopt the modern teaching style in English as NERDC specified in the Teachers’ Guide for the 9-Year Basic Education Curriculum for English Language.
Unlike most lesson notes you may find around which focuses majorly on cognition, I brought out and set objectives to cover other domains of education – affective and
psychomotor.

At the end of this lesson, the pupils should have attained the following:

The pupils had in the previous term learnt the following related topics:

Identification of the pupils’ previous knowledge

After this revision, the teacher may now continue with the rest of the lesson.

II. How to Teach Young Learner Matching of the same Letters of the Alphabets

After the several readings, and after the pupils are able to read Aa – Zz; the teacher leads the pupils through the following activities:

Consequently, we shall now continue to the evaluation and conclusion phase of this lesson on letter work.

Before the teacher concludes the lesson, s/he evaluates the pupils on the lesson objectives for the week’s Letter Work Topic. The teacher does this both orally and through shading and matching activities.

The teacher calls each child and asks him/her the following questions:

NOTE: The pupils should answer in the format: Capital letter A or small letter a

(get our Nursery One Workbook)

The teacher concludes the lesson by recording pupils’ performance and if necessary, providing feedback to the parents for needed home assistance